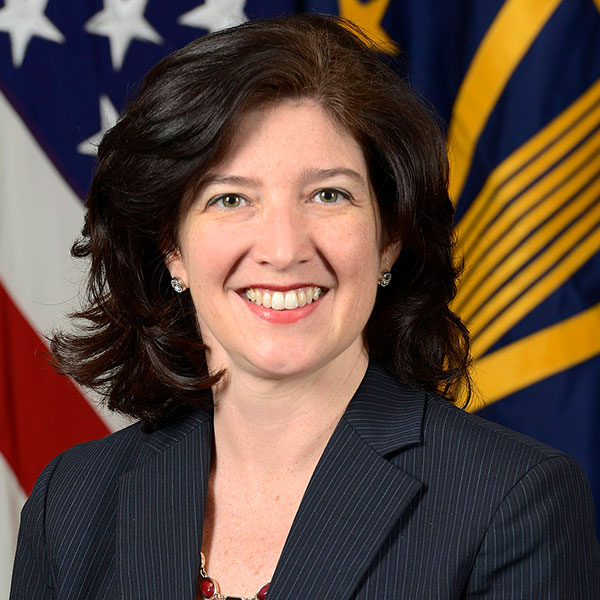 Ms. Daigle entered the Federal Government in 2008 as a Presidential Management Fellow at the White House’s Office of Management and Budget (OMB), and subsequently served as an operations research analyst in DoD’s office of Cost Assessment and Program Evaluation (CAPE). From 2008 to 2013, Ms. Daigle assessed a wide-ranging portfolio of issues, including the operational requirements and costs for Army ground operations, the potential effect of continued Overseas Contingency Operations funding on readiness programs, and the sufficiency of resources to support mental health services for Service Members. In 2013, Ms. Daigle was selected to become a career member of the Senior Executive Service and served as the Director of CAPE’s Force and Infrastructure Analysis Division. She joined the Office of the Under Secretary of Defense for Personnel and Readiness in 2017 as the Principal Deputy Assistant Secretary of Defense for Readiness, and was confirmed by the Senate to be the Assistant Secretary of Defense for Readiness in the summer of 2019.

Prior to her federal service, Ms. Daigle worked nearly ten years in the financial sector where she developed industry-wide benchmarks to measure the risk-adjusted performance of securities lending activities. She collaborated closely with senior executives at 20 global banking institutions to prepare customized benchmark analyses and marketing strategies, and supported over 150 state Treasurers, public pension fund executives, and mutual fund administrators in assessing the performance of their securities lending programs.

Ms. Daigle earned a Bachelor of Arts in Philosophy from Fordham University and a Master’s Degree in Political Science/International Affairs from George Mason University. She is a recipient of the Department of Defense Medal for Distinguished Public Service and the Office of the Secretary of Defense Medal for Exceptional Civilian Service.