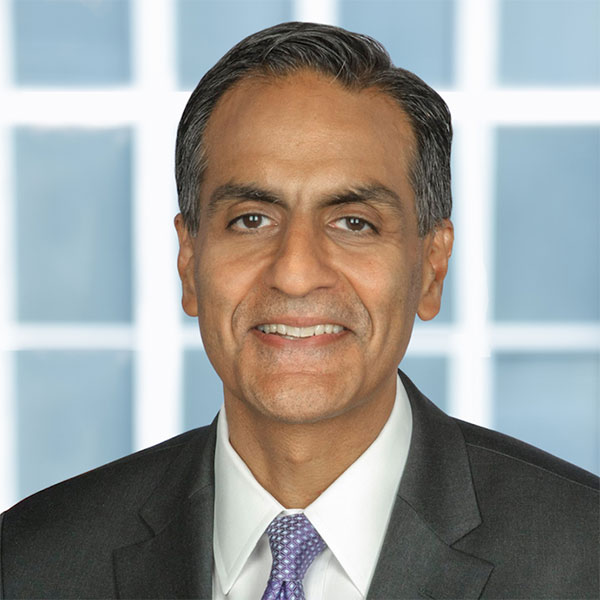 Richard Verma is the General Counsel and Head of Global Public Policy at Mastercard. Previously he was the Vice Chairman and Partner at The Asia Group. He served as the U.S. Ambassador to India from 2014 to 2017, where he led one of the largest U.S. diplomatic missions and championed historic progress in bilateral cooperation on defense, trade, and clean energy. Ambassador Verma was previously the Assistant Secretary of State for Legislative Affairs, and also served for many years as the Senior National Security Advisor to the Senate Majority Leader. He is a veteran of the U.S. Air Force, where he served on active duty as a Judge Advocate. His military decorations include the Meritorious Service Medal and Air Force Commendation Medal. In addition to his role at The Asia Group, Ambassador Verma is a Senior Fellow at Georgetown University’s Walsh School of Foreign Service and Harvard University's Belfer Center. He serves on a number of boards and commissions, including the National Endowment for Democracy and Lehigh University's Board of Trustees. Ambassador Verma is the recipient of the State Department’s Distinguished Service Award, the Council on Foreign Relations International Affairs Fellowship, the Chief Justice John Marshall Lifetime Achievement Award, and was ranked by India Abroad as one of the 50 most influential Indian Americans.