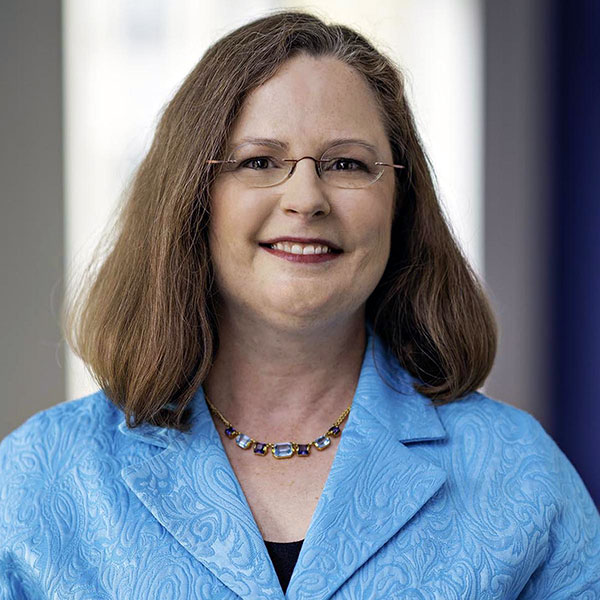 Ambassador Laura S. H. Holgate currently serves as the Representative of the United States of America to the International Atomic Energy Agency.

In her previous role as vice president for materials risk management, Ambassador Laura S. H. Holgate was responsible for designing and executing NTI’s activities to prevent nuclear terrorism, such as reducing quantities and enhancing security of nuclear and radiological materials around the world, promoting cooperation between the United States and key partners on nuclear and radiological security, and strengthening the global nuclear security architecture.

Previously, she served as U.S. Representative to the Vienna Office of the United Nations and the International Atomic Energy Agency from July 2016 to January  2017. In this role, Holgate advanced multilateral approaches to reduce global threats and seize opportunities in the areas of nuclear nonproliferation, nuclear security, verification of the Iran Deal, nuclear testing, counterterrorism, anti-corruption, drug policy, export control, and the Nuclear Suppliers Group.

Holgate led the design and launch of Gender Champions in Nuclear Policy in November 2018, aimed at increasing the presence, visibility and impact of women in nonproliferation, nuclear deterrence, nuclear security, disarmament, nuclear energy and other related areas. During her ambassadorial posting, she promoted gender balance in the staff and programming of the Vienna-based international organizations, laying the groundwork for the creation of the Vienna chapter of the International Gender Champions.

Holgate was previously the special assistant to the president and senior director for weapons of mass destruction terrorism and threat reduction on the U.S. National Security Council. In this role, she oversaw and coordinated the development of national policies and programs to reduce global threats from nuclear, biological and chemical weapons; detect, identify, secure and eliminate nuclear materials; prevent malicious use of biotechnology; and secure the civilian nuclear fuel cycle. She was the U.S. Sherpa to the Nuclear Security Summits and co-led the effort to advance the President’s Global Health Security Agenda.

From 2001 to 2009, Holgate was the vice president for Russia/New Independent States programs at the Nuclear Threat Initiative. Prior to that, she directed the U.S. Department of Energy’s Office of Fissile Materials Disposition from 1998 to 2001, and was special coordinator for cooperative threat reduction at the Department for Defense from 1995 through 1998, where she provided policy oversight of the “Nunn-Lugar” Cooperative Threat Reduction program.

Holgate received a Bachelor of Arts Degree in politics from Princeton University and a Master of Science Degree in political science from the Massachusetts Institute of Technology, and spent two years on the research staff at Harvard University’s Belfer Center for Science and International Affairs at the Kennedy School of Government. Holgate currently advises the Third Way Foundation’s project on advanced nuclear reactors and national security. She serves on the Steering Group of the Fissile Material Working Group and on the Szilard Advisory Board of the Center for Arms Control and Nonproliferation. She is a senior nonresident fellow at the Belfer Center, and a member of advisory panels for the nuclear engineering departments at the University of Michigan and Pennsylvania State University. She is a past president of Women in International Security and a member of the Council on Foreign Relations. She lives in Arlington, Virginia.