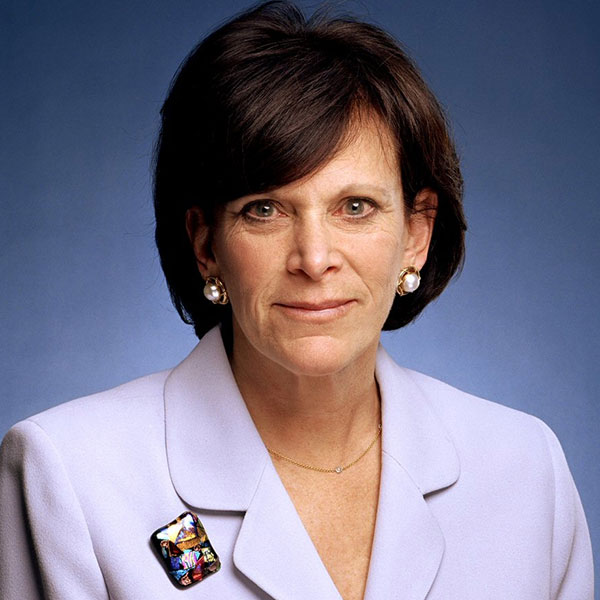 Jessica Tuchman Mathews is a distinguished fellow at the Carnegie Endowment for International Peace. She served as Carnegie’s president for 18 years. Before her appointment in 1997, her career included posts in both the executive and legislative branches of government, in management and research in the nonprofit arena, and in journalism and science policy.

She was director of the Council on Foreign Relations’ Washington program and a senior fellow from 1994 to 1997. While there she published her seminal 1997 Foreign Affairs article, “Power Shift,” chosen by the editors as one of the most influential in the journal’s seventy-five years.

From 1982 to 1993, she was founding vice president and director of research of the World Resources Institute, an internationally known center for policy research on environmental and natural resource management issues.

She served on the Editorial Board of the Washington Post from 1980 to 1982, covering arms control, energy, environment, science, and technology. Later, Mathews wrote a popular weekly column for the Washington Post that appeared nationwide and in the International Herald Tribune.

From 1977 to 1979, she was director of the Office of Global Issues at the National Security Council, covering nuclear proliferation, conventional arms sales, and human rights. In 1993, she returned to government as deputy to the undersecretary of state for global affairs. Earlier, she served on the staff of the Committee on Energy and the Environment of the Interior Committee in the U.S. House of Representatives.

Mathews is a member of the Harvard Corporation, the senior governing board of Harvard University. She has served as a trustee of leading national and international nonprofits, including the Nuclear Threat Initiative, Radcliffe College, the Inter-American Dialogue (co-vice chair), four foundations (the Rockefeller Foundation, Rockefeller Brothers Fund, the Century Foundation, and the Joyce Foundation), and the Brookings Institution. She co-founded the Surface Transportation Policy Project, has served on study groups at the National Academy of Sciences, and is an elected fellow of the American Philosophical Society. Since 2001 she has served as a director of SomaLogic, a leading biotech firm in the breakthrough field of proteomics. She is also a director of HanesBrands Inc. and a member of the governing board of the Stockholm International Peace Research Institute.