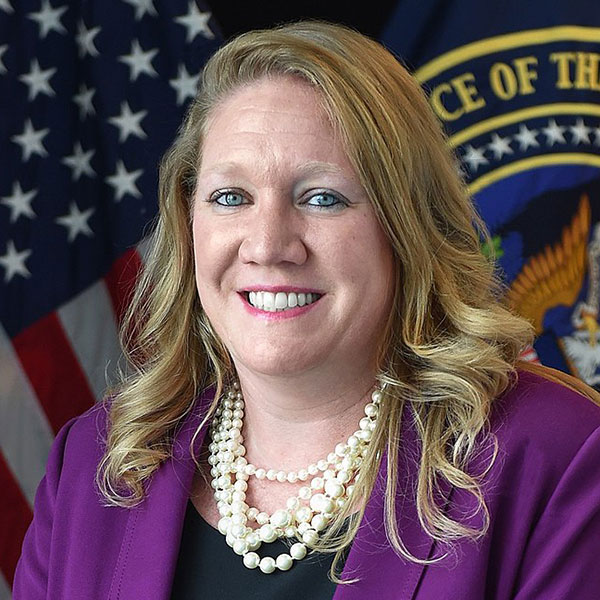 Deirdre M. Walsh is the Executive VicePresident for Strategy and Government Affairs for ARKA Group. ARKA combines the strength of visionary aerospace and defense companies, bringing unparalleled innovation, expertise, and capability to the needs of the Intelligence Community (IC) and Department of Defense.

Walsh brings her recognized leadership in the IC and the broader aerospace and defense industry to this position, along with her reputation for steadfast commitment to serving the nation and warfighter throughout her career.

Previous to ARKA, Ms. Walsh served as VicePresident of Strategic Operations for Ball Aerospace & Technologies. In this position, she led the creation and execution of government relations strategies to enhance Ball Aerospace’s reputation and strategic positioning in the industry as a trusted mission partner.

In her government career, she served as the first chief operating officer (COO) for the Office of the Director ofNational Intelligence. Walsh led the ODNI in its transformation to better integrate and unify the nation’s intelligence priorities and strategies.

From 2014 to 2018, Walsh was director of legislative affairs for the ODNI. In this position, she managed ODNI's interaction with Congress, supported Congressional oversight requirements, and advised ODNI senior leaders on Congressional priority interests. Walsh was appointed to the Senior National Intelligence Service in 2013.

She served as deputy director of Congressional and public affairs at the National Reconnaissance Office (NRO). Preceding her assignment to NRO, she supported the Intelligence Community Chief Financial Officer in strategic budgeting and communications. Additionally, Walsh provided strategic counsel and support to the revision of ExecutiveOrder 12333, entitled “United States Intelligence Activities,” and served as director of Policy Management, driving foundational IC policy in response to the Executive Order.

Before joining the IC, Walsh served as House liaison to the 2005 Base Closure and Realignment Commission. She began her career on Capitol Hill, on the legislative staffs of Reps. Sherwood Boehlert and Felix J. Grucci Jr.

Walsh holds a Master of Arts in legislative affairs from the George Washington University, and a Bachelor of Science in international studies from the University of Scranton, Pennsylvania.