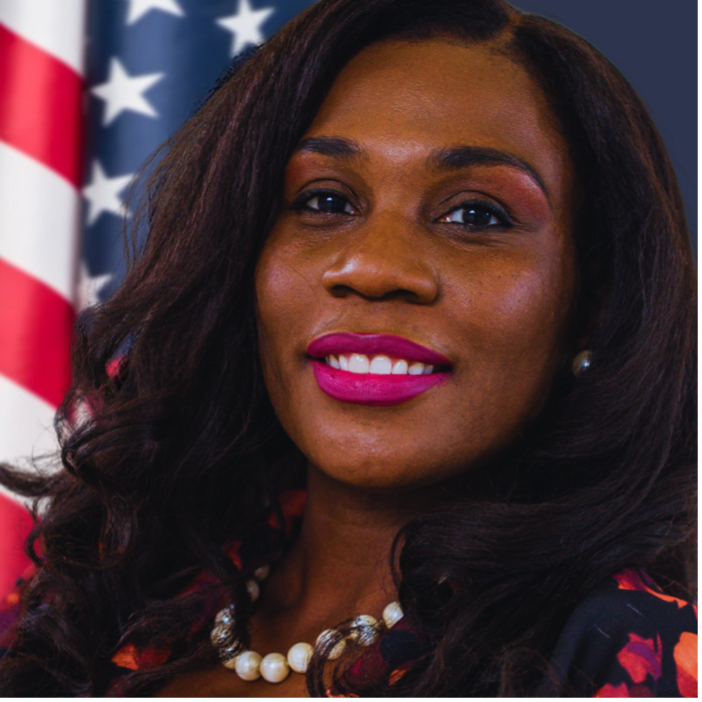 Prior to relaunching Catalyst in October 2022, Algene was a Biden-Harris Administration appointee, serving as vice president of the Office of External Affairs and head of Global Gender Equity Initiatives at the U.S.International Development Finance Corporation (DFC). In this capacity, she led a team of public affairs professionals, spearheaded the agency's 2X gender-lens investing initiative, and supported agency diversity, equity and inclusion and employee engagement efforts. A member of the DFC’s Executive Leadership Team, Algene sat on the agency's Investment Committee, evaluating transactions over $20 million, and engaged with the Board of Directors and Development Advisory Committee.

Algene previously spent nearly two decades on Capitol Hill.  She was senior foreign policy and national security advisor to U.S. Senator Ben Cardin (MD) from 2012-2020 and, from 2015-2018, concurrently as democratic policy director of the Senate Committee on Foreign Relations (SFRC). She was the first African American woman and first African diasporan to serve in a senior leadership role on SFRC. Algene previously held leadership roles in the House of Representatives, including as democratic staff director for theSubcommittee on Africa, Global Health, and Human Rights; chief of staff and LD to Rep. Yvette Clarke (NY); and press secretary to the late Rep. John Conyers(MI). During her tenure in Congress, Algene co-led legislative and oversight efforts aimed at improving DEIA in the federal foreign policy and national security workforce, co-founded the Congressional African Staff Association and served as a staff lead on several congressional caucuses and task forces, including the HIV/AIDS Caucus, the Sudan Caucus, and the CBC’s Foreign Policy and National Security Task Force.

In her spare time, Algene hosts The Minority Leaders Podcast highlighting the career journeys of women of color in politics and policymaking. She is on the Board of Directors of Leadership Council for Women in National Security. Algene has undergraduate degrees in English and African American Studies from Howard University and completed graduate studies in Global Security at Johns Hopkins University. She holds a senior executive certificate in National and International Security from Harvard University Kennedy School.