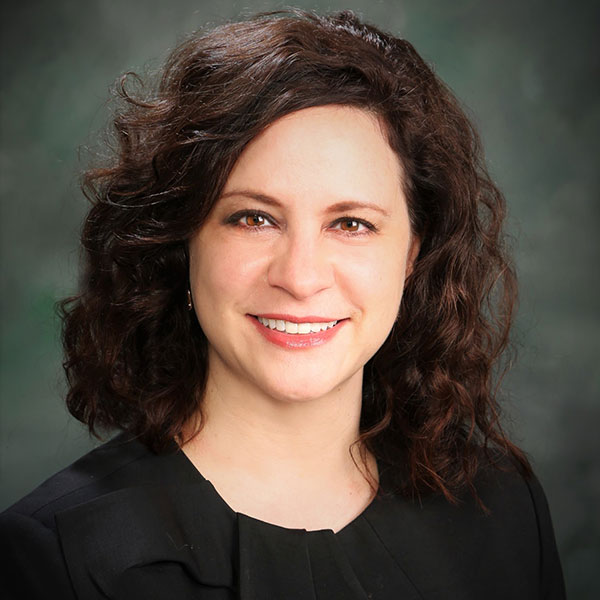 Tressa Guenov serves in the Policy and Strategic Engagement Group in Lockheed Martin Government Affairs, where she leads strategic outreach, analysis and coordination on a range of defense, technology, intelligence and industrial base policy issues. She is currently a member of the Business Development Leadership Academy, a competitively-selected program.

From 2011-2015, Tressa was a professional staff member on the Senate Select Committee on Intelligence and committee designee for Senator Barbara Mikulski, assisting her in her SSCI role and her capacity as Senate Appropriations Committee chair/vice chairwoman. She also served as the committee co-lead on Middle East issues. From 2009-2011 she was the Legislative Assistant for National Security Affairs for Senator Claire McCaskill, whom she supported in her role as chair of the Subcommittee on Readiness and Management support on the Senate Armed Services Committee.

From 2004-2009, Tressa worked in various roles at the Pentagon, including as special assistant to the Under Secretary of Defense for Policy, special assistant to the Principal Deputy Under Secretary and as a Country Director on Central Asia issues. She was also a Presidential Management Fellow at the State Department and in Policy. Prior to her government service, she worked in several capacities at the Center for Strategic and International Studies (CSIS), including as Deputy Director/Research Associate for the Commission on Science and Security.

Tressa is an active member of the Council on Foreign Relations (CFR) and was previously a Term Member (co-chair of the Term Member Advisory Committee), now serving on the term member selections committee and the diversity subcommittee. Tressa has been a non-faculty fellow at the George Washington University Center for Cyber and Homeland Security, is a fellow with the Truman National Security Project, and was a fellow with the Manfred Worner Seminar (German Marshall Fund), CFR Congressional Foreign Policy Study Group, and the Woodrow Wilson Center Foreign Policy Fellowship. She has served on numerous task forces and advisory groups, including most recently as an advisory member with the 2018 CSIS study on Congress and foreign policy.