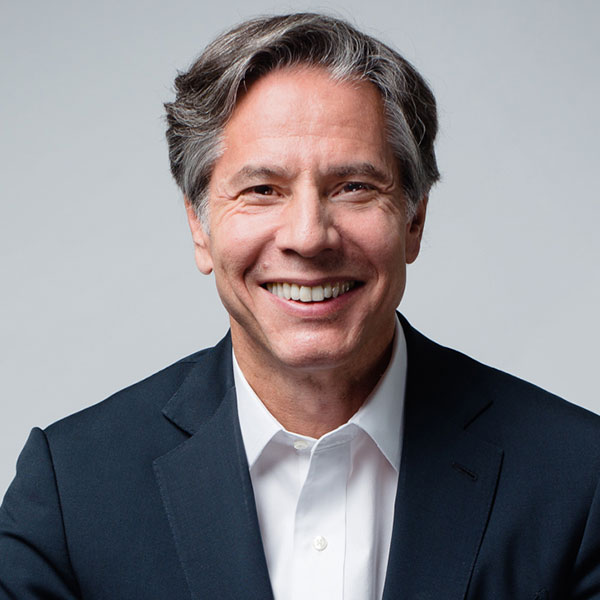 Tony Blinken currently serves as the U.S. Secretary of State.

Tony was a Co-founder and Managing Partner of WestExec Advisors. Tony has held senior foreign policy positions in two administrations – including Deputy Secretary of State in the Obama Administration, the nation’s number two diplomat. Tony helped to lead diplomacy in the fight against ISIL, the rebalance to Asia, and the global refugee crisis, while building bridges to the innovation community.

From 2002 to 2008, Tony served as Democratic Staff Director for the U.S. Senate Foreign Relations Committee. From 1994 to 2001, he was a member of President Clinton’s National Security Council staff.

Tony is a contributing opinion writer for The New York Times and a global affairs analyst for CNN. He is the author of Ally Versus Ally: America, Europe and the Siberian Pipeline Crisis. He also serves as a managing director of the Penn Biden Center for Diplomacy and a distinguished scholar at the Johns Hopkins School of Advanced International Studies.

Tony received a French Baccalaureat degree in Paris. He is a graduate of Harvard College and Columbia Law School.