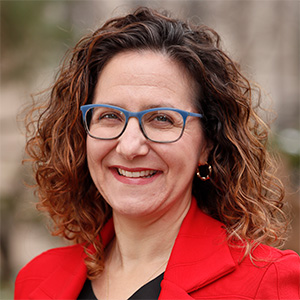 Wittes is a co-host of Rational Security, a weekly podcast on foreign policy and national security issues. She writes on U.S. Middle East policy, regional conflict and conflict resolution, the challenges of global democracy, and the future of Arab governance. Her current research is for a forthcoming book, Our SOBs, on the tangled history of America’s ties to autocratic allies.

Wittes joined Brookings in December of 2003. Previously, she served as a Middle East specialist at the U.S. Institute of Peace and director of programs at the Middle East Institute in Washington. She has also taught courses in international relations and security studies at Georgetown University. Wittes was one of the first recipients of the Rabin-Peres Peace Award, established by President Bill Clinton in 1997.

Wittes is the author of "Freedom’s Unsteady March: America’s Role in Building Arab Democracy" (Brookings Institution Press, 2008) and the editor of "How Israelis and Palestinians Negotiate: A Cross-Cultural Analysis of the Oslo Peace Process" (USIP, 2005). She holds a bachelor's in Judaic and Near Eastern studies from Oberlin College, and a master's and doctorate in government from Georgetown University. She serves on the board of the National Democratic Institute, as well as the advisory board of the Israel Institute, and is a member of the Council on Foreign Relations and Women in International Security.