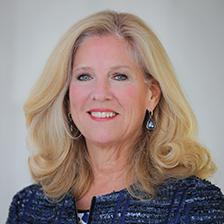 Suzanne Spaulding is senior adviser for homeland security and director of the Defending Democratic Institutions project at the Center for Strategic and International Studies (CSIS). She also serves as a member of the Cyberspace Solarium Commission. Previously, she served as Undersecretary for the Department of Homeland Security (DHS), where she led the National Protection and Programs Directorate, now called the Cybersecurity and Infrastructure Security Agency (CISA), managing a $3 billion budget and a workforce of 18,000, charged with strengthening cybersecurity and protecting the nation’s critical infrastructure, including election infrastructure. She led the transformation of budget, acquisition, analytic, and operational processes to bring greater agility and unity of effort to an organization that had experienced dramatic growth through acquisition of new entities and missions over several years. Throughout her career, Ms. Spaulding has advised CEOs, boards, and government policymakers on how to manage complex security risks across all industry sectors. At DHS, she led the development and implementation of national policies for strengthening the security and resilience of critical infrastructure against cyber and physical risks, including the National Infrastructure Protection Plan and key presidential directives and executive orders. She worked with industry to establish CEO-level coordinating councils in the electric and financial services sectors, chaired the federal government’s Aviation Cybersecurity Initiative, and worked with foreign governments on critical infrastructure and cybersecurity, including agreements with China and Israel. Ms. Spaulding also led security regulation of the chemical industry, biometrics and identity management, emergency communications, and the Federal Protective Service. As a member of the board of directors for the First Responder Network Authority, Ms. Spaulding helped oversee the complex and unprecedented effort to deploy the first nation-wide broadband network for public safety. Currently, she serves on a number of corporate boards and advisory boards, and is a member of the Homeland Security Experts Group (HSEG).

Following the attacks of 9/11, Ms. Spaulding worked with key critical infrastructure sectors as they reviewed their security posture and advised the CEOs of the Business Roundtable. In 2002, she was appointed by Governor Mark Warner of Virginia to the Secure Commonwealth Panel to advise the governor and the legislature regarding preparedness issues. She was managing partner of the Harbour Group, a principal in the Bingham Consulting Group, and of counsel to Bingham McCutchen LLP. Ms. Spaulding has served in Republican and Democratic administrations and on both sides of the aisle in Congress. She was general counsel for the Senate Select Committee on Intelligence and minority staff director for the House of Representatives Permanent Select Committee on Intelligence. She also spent six years at the Central Intelligence Agency, where she was assistant general counsel and the legal adviser to the director’s Nonproliferation Center. She was a member of the CSIS Commission on Cybersecurity for the 44th Presidency, which developed a bipartisan national cybersecurity strategy in advance of the 2008 election; executive director of the National Commission on Terrorism and the Commission to Assess the Organization of the Federal Government to Combat the Proliferation of Weapons of Mass Destruction; and a consultant on the Advisory Panel to Assess Domestic Response Capabilities for Terrorism Involving Weapons of Mass Destruction and the Commission on the Intelligence Capabilities of the United States Regarding Weapons of Mass Destruction. She is former chair and current member of the American Bar Association’s Standing Committee on Law and National Security, co-founder of the Cybersecurity Legal Task Force, and was a member of Harvard University’s Long-Term Legal Strategy Project for Preserving Security and Democratic Freedoms in the War on Terror.