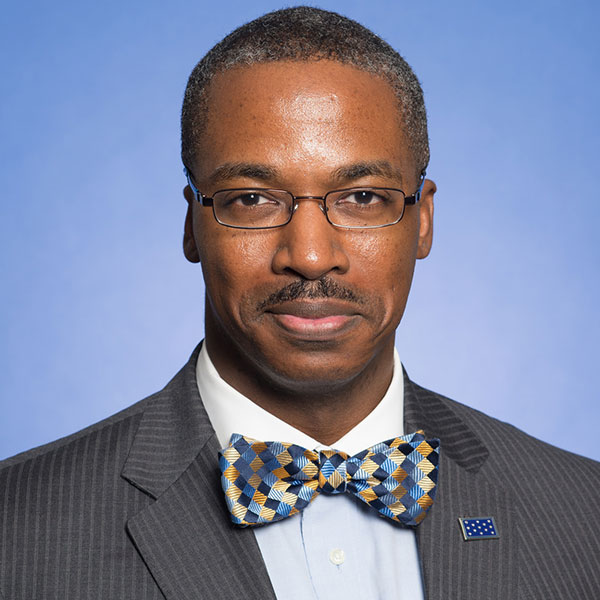 Ambassador (ret.) Reuben E. Brigety, II is the Vice Chancellor for The University of the South. He was previously the Dean of the Elliott School of International Affairs of The George Washington University. He is an Adjunct Senior Fellow for African Peace and Security at the Council on Foreign Relations.

A native of Jacksonville, Florida, Ambassador Brigety also held appointments as an assistant professor of government and politics at George Mason University and at the School of International Service at American University between August 2003 and April 2009. In addition, Ambassador Brigety was a researcher with the Arms Division of Human Rights Watch (HRW) from August 2001 to May 2003, where he conducted research missions in Afghanistan and Iraq. Before joining HRW, Ambassador Brigety was an active duty U.S. naval officer and held several staff positions in the Pentagon and in fleet support units.

Ambassador Brigety is a 1995 Distinguished Midshipman Graduate of the U.S. Naval Academy, where he earned a B.S. in political science (with merit), served as the Brigade Commander and received the Thomas G. Pownall Scholarship. He also holds an M.Phil. and a Ph.D. in international relations from the University of Cambridge, England.