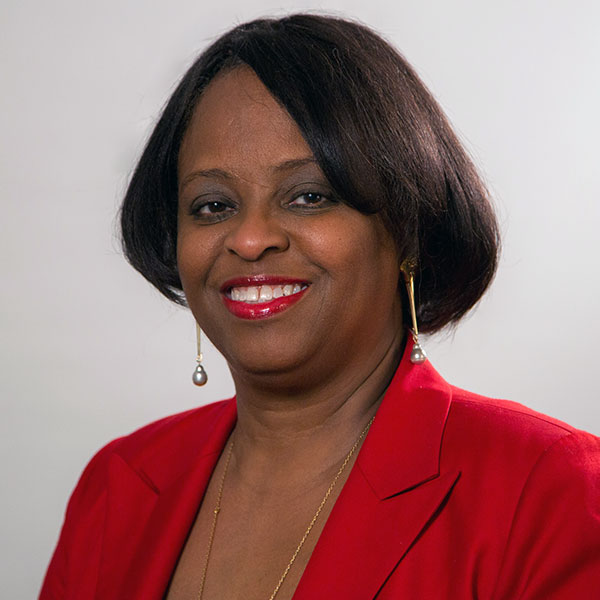 Reta Jo Lewis is a Senior Fellow and Director of Congressional Affairs at The German Marshall Fund of the United States. She serves as the principal liaison between GMF and Congress and is responsible for building and maintaining extensive congressional relationships in the U.S. Senate and the House of Representatives. Lewis directs GMF congressional initiatives designed to engage Members of Congress on a wide range of transatlantic policy issues and on opportunities for transatlantic cooperation between U.S. and European legislative and policy leaders. She also leads GMF’s signature Congress-Bundestag parliamentarian exchanges and the Technology Transatlantic Congressional Study Tour, which focuses on global digital and privacy issues. She joined GMF in 2015, as a Senior Resident Fellow with the Transatlantic Leadership Initiative Program, where she focuses on subnational diplomacy strategies and leadership development.

During the Obama Administration, from 2010 to 2013, she served as the U. S. Department of States’ first-ever Special Representative for Global Intergovernmental Affairs, under Secretaries of State Hillary Clinton and John Kerry. Lewis led the office charged with building strategic peer- to-peer relationships between the Department of State, U.S. state and local officials, and their foreign counterparts. In her post, she served as the State Department’s lead interlocutor in negotiating and executing the first historic agreements to solidify subnational cooperation and engagement efforts with BRICS (Brazil, Russia, India, China, and South Africa) countries and with targeted countries in the European Union. She was the principal architect that led the global engagement of U.S. state and local government leaders’ integration into and strategy regarding sustainability and climate change to RIO+20, COP-16, COP-17 and COP-18. In 2013, she was awarded the Secretary’s Distinguished Service Award.

From November 2008 to January 2009, she was the Director of Business Outreach for the Obama- Biden Presidential Transition Team. Earlier in her career, she served as the Vice President and Counselor to the President at the U.S. Chamber of Commerce, and Director of the Chamber’s effort focused on small business and outreach to women and minority-owned businesses. From 1993 to 1995, Lewis served as the Special Assistant to the President for Political Affairs and the Director of the northeast and southern region to President Bill Clinton. Her legal experience includes stints as a Shareholder in the international law firm, Greenberg Traurig, in 1997 to 2000 and Of Counsel at Edwards Wildman Palmer LLP, prior to joining the Obama Administration from 2007 from 2009. She was a 2014 mayoral candidate in Washington, DC.

Lewis is a member of the U.S. Council on Foreign Relations. She serves as an Associate Fellow for the Geneva Center for Security Policy, Global Fellows Institute and is a member of the Nielsen Corporation, African American Advisory Council. Earlier in her career, Lewis organized and was the National Tour Director for the Democracy for South Africa, Nelson Mandela’s 8-city, first USA Tour in 1990.

Lewis began her career as a Presidential Management Fellow at the Department of Justice at the Drug Enforcement Administration. Lewis received her J.D. from Emory University School of Law, a MSAJ from American University, and a BA from the University of Georgia. She is a native of Statesboro, Georgia.