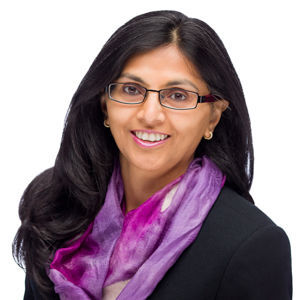 Nisha Biswal is President of the U.S.-India Business Council (USIBC) and Senior Vice President for International Strategy and Global Initiatives and oversees South Asia programs at the U.S. Chamber of Commerce. Biswal provides strategic guidance and leads advocacy efforts on behalf of USIBC’s more than 300 member companies, promoting long-term commercial partnerships to advance the bilateral trade relationship between the U.S. and India.

Biswal served as assistant secretary for South and Central Asian Affairs at the U.S. Department of State from 2013 to 2017. There she oversaw the U.S.-India strategic partnership during a period of unprecedented cooperation, including the launch of an annual U.S.-India Strategic and Commercial Dialogue. During Biswal’s tenure, bilateral commercial trade between the U.S. and India nearly doubled, reaching $115 billion in 2016. In recognition of her efforts, Biswal was awarded the prestigious Samman Award by the president of India in January 2017.

Most recently, Biswal was a senior adviser at the Albright Stonebridge Group, where she helped expand the firm’s India and South Asia practice. Previously, Biswal was assistant administrator for Asia at the U.S. Agency for International Development (USAID), directing and supervising overseas operations across South and Southeast Asia. She also spent over a decade on Capitol Hill, working as staff director on the State and Foreign Operations Appropriations Subcommittee and the Foreign Affairs Committee in the House of Representatives.

Biswal served on the board of the U.S. Global Leadership Coalition and is a member of the U.S. Institute of Peace International Advisory Council and the Institute for Sustainable Communities board of directors. She received a bachelor’s degree in international affairs from the University of Virginia.