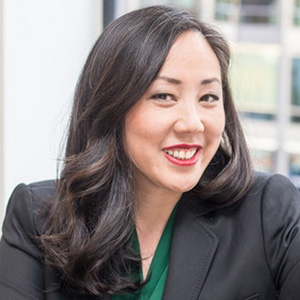 Mieke Eoyang currently serves as the Deputy Assistant Secretary of Defense for Cyber.

Mieke Eoyang previously served as the VP for the National Security Program at Third Way, where she focused on the politics of national security, the role of Congress in national security policy making, and chairs the Cyber-Enforcement Initiative. She had a long career on Capitol Hill, most recently serving as Chief of Staff to Representative Anna Eshoo (D-CA). Prior to that, she was the Defense Policy Advisor to Senator Kennedy, the Subcommittee Staff Director on the House Permanent Select Committee on Intelligence, and a Professional Staff Member on the House Armed Services Committee. Mieke began her career as a legislative assistant in the office of Representative Pat Schroeder (D-CO), where she handled the congresswoman's Armed Services and Foreign Policy work.

Originally from Monterey, California, Mieke earned her J.D. at the University of California, Hastings College of the Law and graduated from Wellesley College. She frequently appears on MSNBC, and her analysis is often solicited by The Wall Street Journal, POLITICO, Associated Press, and other media outlets. Her writing has appeared in numerous media outlets, including The Washington Post, Roll Call, and Forbes.