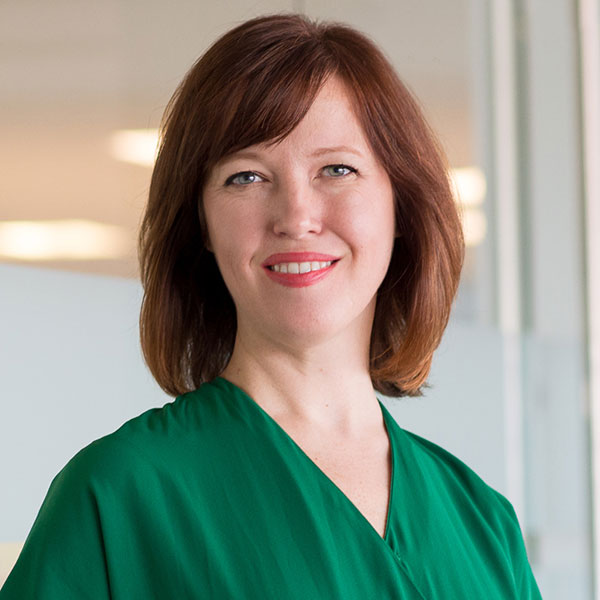 Loren DeJonge Schulman is the Vice President of Research and Evaluation at the Partnership for Public Service. Previously, she served as the Deputy Director of Studies and the Leon E. Panetta Senior Fellow at the Center for a New American Security. Her research interests include national security and defense reform, civil-military relations, and democratic accountability of use of force.

Ms. Schulman most recently served in government as the Senior Advisor to National Security Advisor Susan Rice. Before returning to the White House in 2013, she was Chief of Staff to the Assistant Secretary of Defense for International Security Affairs and served as Director for Defense Policy on the National Security Council staff from 2011–2012. Prior to that, she worked as a special assistant to Secretary of Defense Robert Gates, first supporting the Obama administration's transition in the Department of Defense and later advising on defense strategy and budget. She began her career in government as a Presidential Management Fellow.

Ms. Schulman is a co-host of the national security podcast “Bombshell,” produced by War on the Rocks where she is a senior editor. She serves as a lecturer at the Elliott School of International Affairs at George Washington University, and is also an affiliate of Stanford University’s Center for International Security and Cooperation. Her commentary and research have appeared in the Washington Post, the New York Times, Foreign Affairs, Foreign Policy, Politico, and The Atlantic. Raised in Texas, she received her Bachelor of Arts in political science and international studies from Trinity University and her Master in Public Policy from the University of Minnesota as a Distinguished Fellow for International Peace and Conflict Studies.