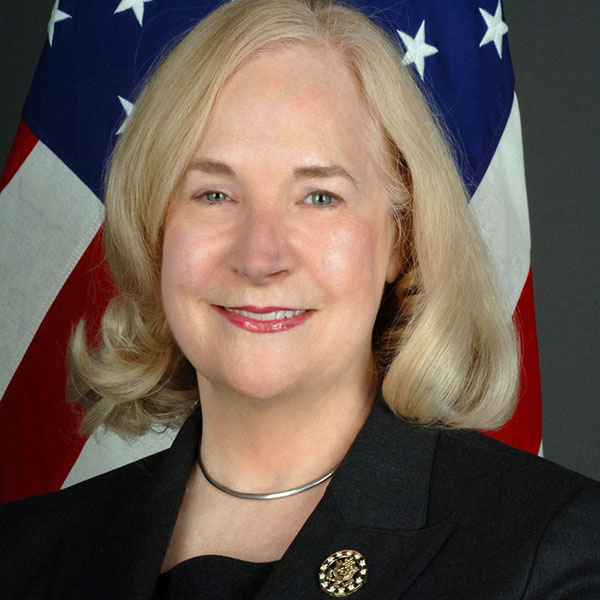 Ambassador Laura Kennedy served almost four decades as a U.S. career diplomat. She spent much of her career working in or on the former Soviet Union and served multiple assignments in Geneva and Vienna on multilateral disarmament and non-proliferation (conventional, nuclear and biological) as well as a number of temporary assignments in New York, including the 2010 and 2015 NPT Review Conferences and heading the U.S. delegations to the UN Committee on Disarmament. She retired in 2013 but was recalled to service in 2014 to head the U.S. Embassy in Turkmenistan and then the U.S. Mission in Vienna where she served as the U.S. Governor on the Board of the International Atomic Energy Agency. She retired again in 2015.

Kennedy’s assignments included Deputy Assistant Secretary of State for Southern Europe, Central Asia and the Caucasus 2004-5, Ambassador to Turkmenistan 2001-3, Ambassador to the Conference on Disarmament in Geneva 2010-13 with concurrent service as U.S. Special Representative for Biological and Toxin Weapons Convention issues, Deputy Commandant of the National War College where she also taught for two years 2007-9, Charge d’Affaires in Armenia, and Deputy Political section chief in Moscow and Ankara.

Kennedy is an elected member of the American Academy of Diplomacy and serves on the boards of the World Affairs Council in DC, the Arms Control Association, Foreign Policy for America and the Advisory Council of the Center for Arms Control and Nonproliferation. She is a member of the trilateral US-Germany-Russia Deep Cuts Commission. Kennedy is a frequent press commentator and has lectured at various U.S. and international institutions including the U.S. Army War College, the Army Command and General Staff College, universities and regional international affairs councils. She serves as an expert for the New York Times and Smithsonian Institution Silk Road travels to Central Asia. She has participated in a number of track two dialogues on nuclear arms control and nonproliferation and Northeast Asia.

After receiving her B.A. from Vassar College, Kennedy did graduate work at Stanford and American (M.A.) universities and is also a graduate of the Senior Seminar of the Department of State for which she later served as Dean. She tweets @AmbKennedy_ret.