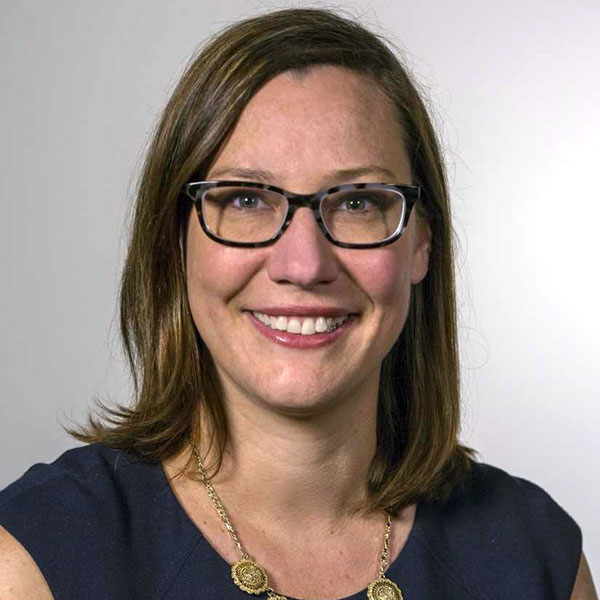 Kelly Magsamen currently serves as Chief of Staff to the Secretary of Defense.

Kelly Magsamen was the Vice President for National Security and International Policy at the Center for American Progress. Prior to join CAP, Kelly served in various national security positions in the George W. Bush and Obama Administrations. From 2014-207, Kelly was the Principal Deputy Assistant Secretary of Defense for Asian and Pacific Security Affairs and performed the duties of Assistant Secretary of Defense. In these positions, she was a lead advisor to the Secretary of Defense for U.S. defense policy and strategy across the Indo-Asia-Pacific, including Afghanistan and Pakistan. Prior to her tenure at the Pentagon, Kelly served on the National Security Council staff for two presidents and four national security advisors. As Special Assistant to the President and Senior Director for Strategic Planning from 2012-2014, she was responsible for long-term planning and helped craft the 2015 U.S. National Security Strategy. From 2011-2012, she served as Senior Adviser for Middle East Reform during the height of the Arab Spring. As NSC Director for Iran from 2008-2011, she was responsible for coordination of U.S. policy on Iran.

Kelly began her government career as a Presidential Management Fellow at the U.S. Department of State where she worked on Iraq policy in the Bureau of Near Eastern Affairs from 2005-2006, at the U.S. Mission to NATO in 2007, and as Special Assistant and Chief of Staff to the Counselor from 2007-2008.

Kelly received her B.A. from American University and her M.A. from Johns Hopkins University School of Advanced International Studies. She is the recipient of the Distinguished Public Service Award from the Secretary of Defense, the Agency Seal Medal from the Central Intelligence Agency, and multiple Superior Honor awards from the Department of State. Kelly also currently serves on the Advisory Board for Foreign Policy for America; the Advisory Council of National Security Action; and the Policy and Strategy Advisory Board for the Texas National Security Review. She is a frequent national security commentator on CNN and MSNBC.