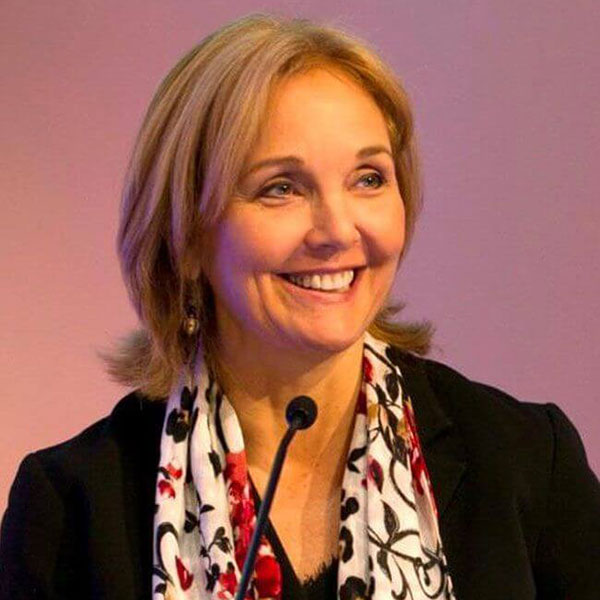 Ambassador Josette Sheeran is an economic, security and humanitarian leader, with more than 25 years of experience in managing large scale reforms and transforming multilateral organizations to be more effective and relevant. Ambassador Sheeran President at Canoo and a founding trustee and Executive Chairman of the McCain Institute.

Previously, she was the seventh President and CEO of Asia Society, a Rockefeller institution founded after World War II, with 14 centers in the US and around the world. She is responsible for advancing the organization’s global work in policy, public-private partnerships, economics, track 2 dialogues, women’s leadership, culture, art and education. Ms. Sheeran also serves as the UN Special Envoy to Haiti. Sheeran is former vice chair of the World Economic Forum, where she helped advance global initiatives encompassing global, regional and industry agendas such as Grow Africa, which has attracted $10 billion to end hunger and malnutrition in Africa. From 2006-2011, Sheeran was Executive Director of the UN World Food Programme. Under her leadership, WFP launched transformational programs to reduce dependency on food aid, including Purchasing for Progress. She increased WFP’s donor base to more than 100 nations, and it became the first UN program to include the so-called BRIC countries and the Gulf States among its top 10 donors. Prior to this, Ms. Sheeran served as a diplomat and negotiator for the United States, including as U.S. Under Secretary of State for Economic, Business, and Agricultural Affairs, and deputy U.S. Trade Representative, handling Asia, Africa, Labor, Environment, Intellectual Property and trade capacity building portfolios.
‍
In 2011, Forbes named her the world’s 30th most powerful woman; Foreign Policy listed her among its top 100 global 'Twitterati'. She was a Fisher Fellow at the Harvard Kennedy School Belfer Center in 2013.
‍
Sheeran is a member of the Council of Foreign Relations. She was awarded Commandeur de l'Ordre du Mérite Agricole by the government of France; Brazil`s highest civilian award, the Grand Official Order of the `Rio Branco;’ the “Game Changer” award by the Huffington Post; and Japan's Nigata International Food Award.