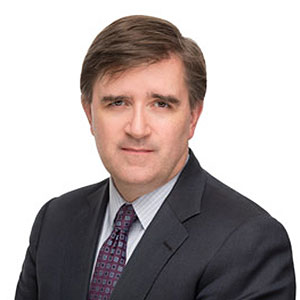 A founder of the firm, he has worked extensively on issues affecting consumer goods, health, entertainment, environment, media (including free speech), information technology, telecommunications, and finance sectors. Mr. O’Brien is also a member of the management and investment committees of Albright Capital Management LLC, an affiliated investment advisory firm focused on emerging markets.

Mr. O'Brien has served two U.S. administrations as special presidential envoy, securing the release of Americans held hostage abroad and overseeing U.S. policy planning towards the Balkans. He has been senior advisor to the U.S. Secretary of State and served as the principal deputy director of policy planning at the State Department. He worked to end armed conflicts in Europe, helped develop non-proliferation initiatives after the Cold War, negotiated environmental agreements, and supported initiatives to investigate and prosecute persons responsible for war crimes.

Mr. O’Brien earned a B.A. from Macalester College in St. Paul, Minnesota, a Master’s degree from the University of Pittsburgh, and a J.D. from Yale Law School.

He is based in Washington, DC.