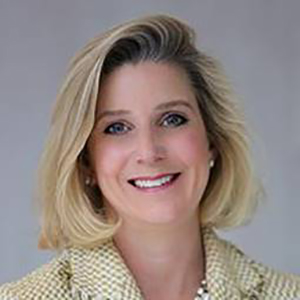 Christine Wormuth currently serves as the Secretary of the United States Army.

Prior to confirmation, she was the Director of the RAND International Security and Defense Policy Center. ISDP researchers conduct in-depth analysis to help policy leaders make decisions about major national and international security challenges. Ms. Wormuth was a frequent writer and speaker on foreign policy, national security, and homeland security issues.

Prior to joining RAND, she was Under Secretary of Defense for Policy (USDP) at the US Department of Defense (DoD) from 2014 to 2016. In that role, she advised both Secretary Chuck Hagel and Secretary Ash Carter on the full range of regional and functional national security issues. As USDP she frequently represented DoD at the White House and spent considerable time on the counter-ISIS campaign, the rebalance to Asia, counterterrorism operations, and US defense relations with countries in Europe, Asia, and the Middle East.

From 2012 to 2014, Ms. Wormuth was Deputy Under Secretary of Defense for strategy, plans, and forces, and led the 2014 Quadrennial Defense Review. She served as special assistant to the president and senior director for defense at the National Security Council (NSC) from December 2010 until August 2012, where she was the primary liaison from NSC to the Pentagon on defense issues. She started in the Obama Administration as principal deputy assistant secretary for homeland defense. Ms. Wormuth spent five years at the Center for Strategic and International Studies (CSIS) as a senior fellow, writing and speaking extensively on defense and homeland security issues. She also was the founding director of the Adrienne Arsht Center for Resilience at the Atlantic Council in Washington, D.C.

Ms. Wormuth began her career in the Pentagon as a Presidential Management Intern (PMI) and spent almost seven years as a civil servant in the Office of the Secretary of Defense. She has also worked on Capitol Hill and in the private sector. She holds a master’s degree in public policy from the University of Maryland College Park and a bachelor’s degree from Williams College.